The Night Is Revolution 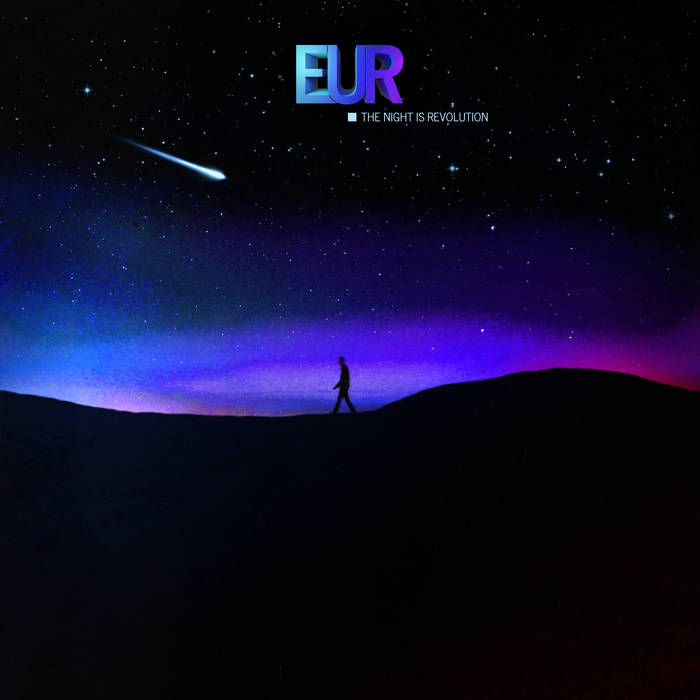 This album was years in the making and as I've mentioned several times on social media its his best work!
It keeps that dark atmosphere of previous Europaweite Aussichten albums I love, but he has created something new. Its not only dark, but melodic and beautiful.
It feels connected and runs smoothly between tracks.
I look forward to what EA does next, if it be more soundtrack like work, or more like this either way it will be brilliant as usual. Favorite track: Klangwelt.

MCAL - FE The Night is Revolution is a gorgeous, engaging, smouldering and dreamlike collection of music and one of the most impactful narratives told through music that I've heard in a long time. Each track sits perfectly in its place, and the album as a whole acts as a prime example of why Europaweite Aussichten is considered a master of atmospheric, cinematic synth composition. Highly recommended, to put it mildly. Favorite track: Disappearances.

Saveliy Tronza Once again Europaweite Aussichten catches the magic of the night with his outstanding music! Favorite track: The Rains Won't Wash It All Away.

Erbkaiser The Night is Revolution is a dream told by synthesizers.
Very melodic tunes with a slow buildup and a wide range of instruments, it's an absolute joy to listen to.

If Spinning It's Winning 🇩🇰

"Europaweite Aussichten’s album The Night Is Revolution is a rich, nuanced and complex intermingling of many sonic elements that intertwine to produce a synth album that has a great deal of depth and uniqueness to it."
— Karl Magi
(Read the full review: bit.ly/2QYkoTe)

'THE NIGHT IS REVOLUTION'

After three years of teasing and saying “No, it’s not ready yet”, the time has finally come to reveal my brand-new album THE NIGHT IS REVOLUTION to you.

This has been a long and challenging process. The year was 2016 and my friends and I just saw Nicolas Winding Refn’s THE NEON DEMON in theaters. The film absolutely blew us away! We left the movie theatre that summer evening hypnotized by the sheer beauty of the picture, the rush of colors and the mesmerizing sounds of Cliff Martinez’ musical score. The next day I began working on what would become the first track that would find its way onto the record, “Infinite Neon”.

THE NIGHT IS REVOLUTION could have turned out completely different. It was a different album in 2016, morphed into something else in 2017, almost fell apart in 2018 and took on a new life in 2019. For some reason, each time I thought I was ready, I kept saying “No, it’s not ready. Something is missing. This isn’t the record it should be”. I mixed the tracks over and over again, added new sounds, threw some tracks out the window, changed the structure of the record several times, composed new tracks, changed the order of the tracks again and again… It was painful but necessary.
As stressful as the experience of making this album was, I always felt confident of doing the right thing. Now, four years from inception to completion, THE NIGHT IS REVOLUTION is the record it should be — a journey with a beginning, a middle and an end. The music has a dream-like quality, everything feels organic and complex and it’s probably the most upbeat album I’ve ever done.

Tracklist:
1. The Night Is Revolution
2. Infinite Neon
3. The Rains Won't Wash It All Away
4. Black Arcade
5. Disappearances
6. What Has Always Been True
7. Klangwelt
8. Too Soon To Be Now
9. We Don't Know Who We Are, But We Love What We Are Doing
10. The Bassline Is My Heartbeat
11. Watching This Place From A Distance
12. Revolution Particle

Mixed and mastered by
EUROPAWEITE AUSSICHTEN

Producer of electronic music, influenced by the sound of the 70s and 80s.

Bandcamp Daily  your guide to the world of Bandcamp